Kobben.no uses cookies. You can continue to use the site as usual if you accept this.
I accept More information

Now you can invest in Clikk

These days, Clikk , an incubator company in Kobben, has an investment campaign going on at Folkeinvest. They started it all with almost NOK 3.8 million in advance drawings.

Since 2019, the team at Clikk, led by general manager Martin Kolbrek, has created an app that integrates all your social media in one place. Now everyone gets the opportunity to invest in the company.

- Clikk is a mobile and web application that helps people, companies and influencers connect and create engagement with their contacts, customers and the public through a link, a QR code and a collection feed. In the completely unique feed, content from, among other things, Facebook, Instagram, Twitter, YouTube, Pinterest is displayed, and we are constantly working on more, says general manager Martin Kolbrek.

Today, the company has a commercially ready product that will be scaled to millions of users worldwide. According to Martin, an important part of the strategy to achieve this will be to link up with good and solid distribution partners in the future.

- This will be done through an exciting strategy with option programs that will be rolled out to companies and influence during 2022, explains Martin.

The first agreement has recently been concluded with the main shareholder behind Slottsfjellfestivalen AS, Foynhaven AS, Focus Productions AS, Foyngården Drift AS and others.

- The agreement with Slottsfjell and the Foyn group gives us a fantastic opportunity for direct exposure to all three of our user segments at once, says Martin.

He says for the artists who perform in Foynhagen and at the Slottsfjell Festival, Clikk gives their channels increased exposure without further work. The companies get a dynamic landing page that is easily updated and gives the opportunity to drive traffic across channels, as well as convert a physical audience into a digital audience.

- In addition, the unique collection feed gives the opportunity to see and display what is posted in social media without having an account in Clikk or in the various social media where the content is published, says the daily manager.

As part of further financing and commercialization of the company, Clikk recently launched a campaign at Folkeinvest that gives anyone the opportunity to become a co-owner, in what they envision will be an international technology adventure originating from Vestfold.

Also read: - We have had to pivot and change our business model many times

Those who choose to invest will be in good company, as Clikk's investor list also includes well-known names such as Richard Urbanski and Fredrik Urbanski in TTC Invest and Edvin Austbø in Alden AS (both large and long-term shareholders in Nordic Semiconductor), John Helge Fjellheim in Rabakken Invest AS (sales/marketing manager and co-shareholder in many successful tech companies including Chipcon (bought by Texas Instruments) and Energy Micro (bought by Silicon Labs), as well as the investment community MTI Startup which has made a number of startup and technology investments in recent years the years. 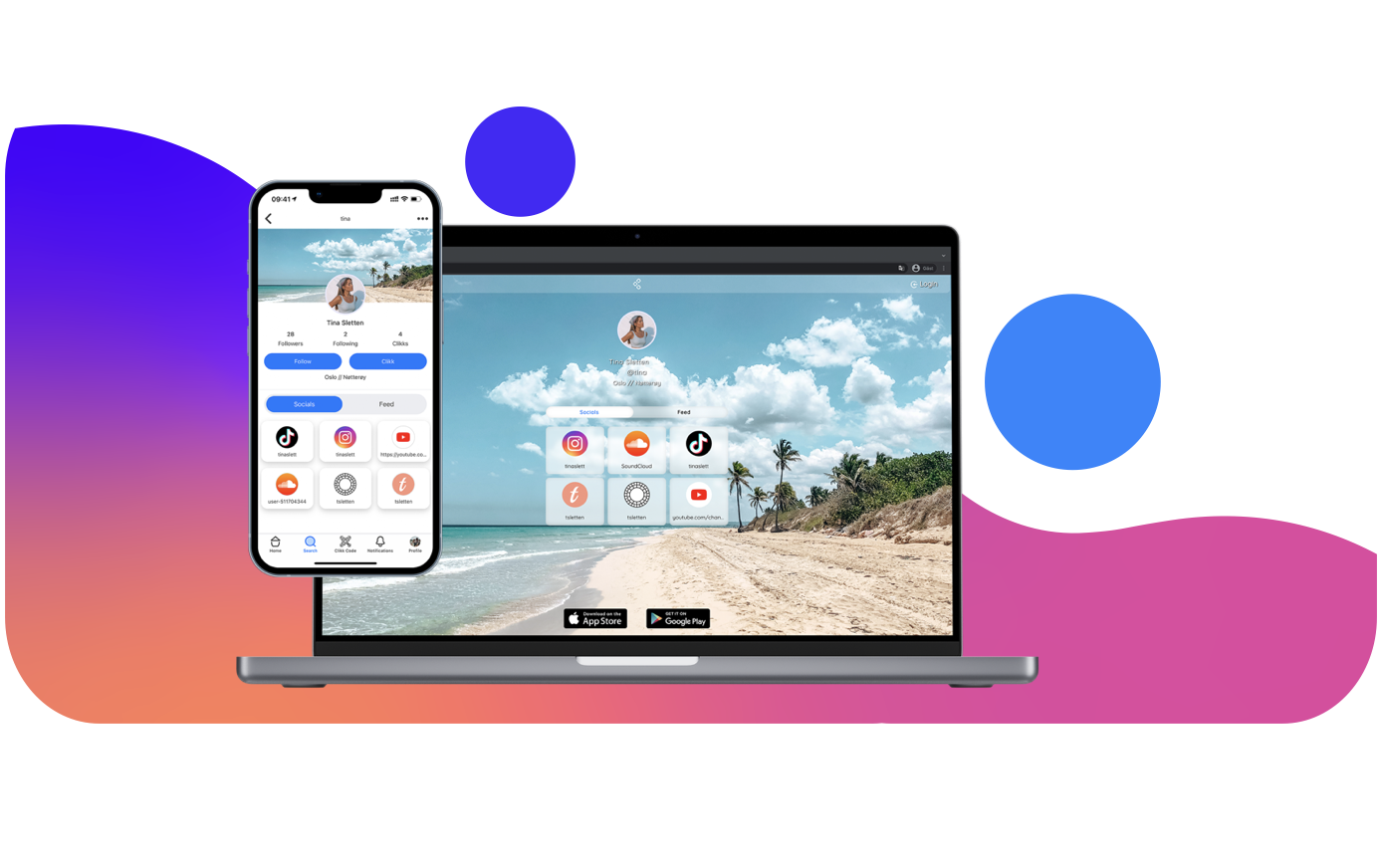 - We now believe it is of great value to bring the people on board with us, in what is now a commercially ready product that will hopefully take the market by storm. We provide a service that the vast majority of people can use, whether it is in a private or work context. It is therefore important to involve the people as ambassadors and co-owners in the further development of the company, says Martin.

The company currently has an interdisciplinary team consisting of 24 consultants and employees who together develop the social digital ecosystem of the future. Among others Nicolay Ingebretsen and the guys from Rada Labs, Rasmus Tyrén and Dag Olsrød.

Get to know the team at Clikk here!